Back from vacation: a Roadtrip to Sweden and Norway

We have already reported, on Facebook, on our road trip is over. Too bad, but a lot of other challenges right here. 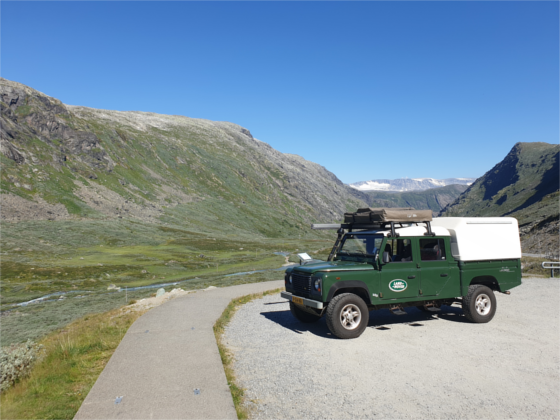 Because we were, in the past year, we have the one and the other one is learned from a trip in a Land Rover with roof top tent, so now it's even easier to use. For months we looked forward to it for weeks. And, yes, your mistakes, and you learn, so the trip was more to our liking.

We had ourselves a look at the new Storm and kitbags of the Highlander put it to the test and, therefore, a number of the tote bags are ordered in a 35, and we thought we'd be 60 litres, but it turned out to be 45 gallons (the error). With a 35 gallon, we gave it to our kids, and this could, in addition to clothing, toys/books, and any other important items that are needed on a holiday will be lost. 35 gallons for a 2 week holiday for each and every child is a good size. 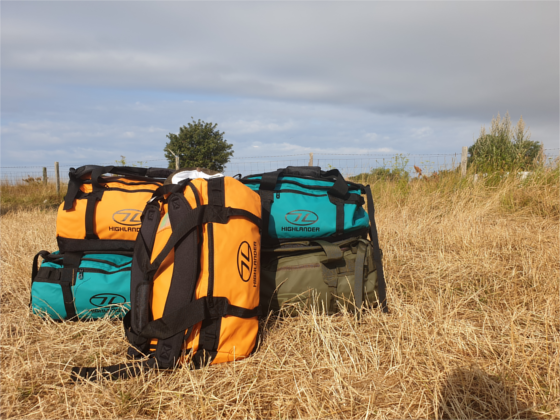 Then we had 2 adults and all the clothing in our 45-gallon bag, will be lost. At the beginning I had my doubts, as I had, after all, a 60-litre bag is included. However, with a well-inpakwerk and on a selective basis, to work on (we're going to come every year to show that we have a lot of stuff to bring along, which, therefore, are unused again, and bring it back up) proved to be the 45-gallon is exactly for us.

We did it in our own bag and not a place for the microfiber towels that we are used to, but for the children, there is still some space available, so some of the things that we have on the other, the bags being distributed.

The bags have, as well as a large compartment in the “lid” has 2 mesh compartments across the entire width of the bag and a pocket on the side of the full diameter of the bag, and a medium sized box in front of it. Everything is looked at from the point of view, if you have an overnight bag pack, and you're sitting in front of it.

At first, I thought the programme of events at the time of the opening of the main compartment, but you can use it as an overnight bag will also be collected. The main advantage of this is that if you move with the bag as a backpack for you to use. I can see people already using the airport to keep your hands free for other things like a passport and a plane ticket :-D).

What I also noticed was the strong, quality zippers. That is, they will not easily break, and are a bit larger, which makes it easy to grab hold of.

Bring were our sleeping bags, we will see that, over the years, have collected, of various sizes, and the brand, which is also 1. we sell a Nature Hike), and the breakfast, which is on Defcon 5, plenty of room for the toothbrushes and the toothpaste for up to 6 people, and more. Oh, yes, and, of course, of the 3 sleeping mats. Which is also 1 of the brand is Highlander, as it was last year. A great mat for a kid because it was the short format of 1.20. Our 3-year-old daughter was sleeping wonderfully in it...or in addition to this, because it's pretty flexible!

2 of us had a thinner sleeping bag, and due to the cool nights and used it as a linen liner in a sleeping bag. That will make up for that little bit of extra warmth if needed. Very, very nice.

All in all, very happy with the products that we have used it on a trip. The next year, it is time for a new sleeping bag for the kids, because she wants to grow up! I think it's interesting to see that the sleeping bags (at the time, and a very expensive one) that my husband of almost 25 years ago, bought it ("oh, what's the time limit for a jeugdweekend still in the room, and the bag is still in almost every year and have a good use for it! So, as you see, when you are looking for quality, you will not be cheated, come home!

The trip itself was, as it was last year when we went to the Land Rover and had very well. Until the middle of the trip, the car one morning and suddenly not want to boot. After a few things have been tried, and, after consultation with the owner, we were one of the ANWB's call. Who had arranged for a local garage which is access point (ap) equipment, a truck and trailer to drive it after a couple of hours. In the meantime, we are together and the kids had a good time on the beach and the river and dams were built. Fortunately, it was not necessary to make “us” the tough old Land Rover Defender 130 TD5 to be a drag, and it was a problem, just a not properly connected to the battery, that is, after a powerstart and it is properly connected to the cable, the display worked fine.

What we have is a couple of times and they have to do if we head in the direction of Scandinavia, it is the protective gear to carry at the reception. Last year we were in Norway and had not been affected by the mosquitoes. In Sweden, this year, however, the leak stung. Since we have no experience of it had been, and there's really very little about it, had read it or heard about it, we were here, I could not get it on to be prepared. By the time we crossed the border and went to France....there were also the mosquitoes are a lot less than before. I can associate with the mosquitoes, especially in Sweden, but in Norway, of course, also possible. My advice is: be prepared! A hoofdmuskietennet in my case, this is no unnecessary luxury has been at night, when I was still playing a game of Skip-Bo and played with our oldest daughter.

All in all, we have a lot of fun to return on our second adventure in a Land Rover with roof top tent. Will try again next year? Who knows...perhaps in a Land Rover Defender for ourselves??? I can dream can I? 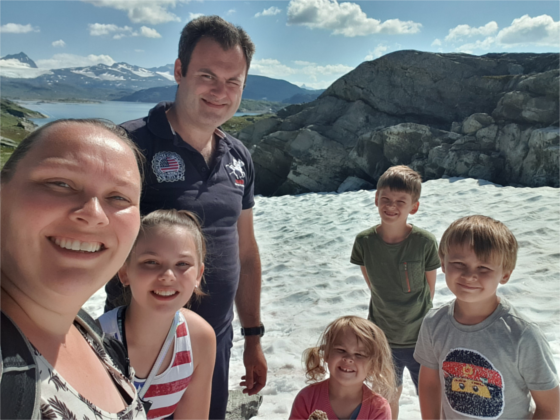